COVID-19 (new coronavirus) and phone malfunctions: There is a Shelter in Place order in Oklahoma City until April 30 as the pandemic continues. Visit covid19.okc.gov for updates and details. Also, an unrelated vendor issue is preventing us from receiving many inbound phone calls, and you may be getting a busy signal. The vendor is working to fix the problem, and we're sorry for the frustration.

Oklahoma City is divided into four patrol divisions which serve the various geographic areas of the city and Bricktown Division, which covers the entertainment district near downtown.  These divisions fall under the Operations Bureau of the Oklahoma City Police Department.

The Operations Central and Operations Metro bureaus are commanded by two deputy chiefs and each patrol division is headed by a division major. Each of the main four patrol divisions include over 150 uniformed officers, who directly serve the citizens of Oklahoma City each and every day, by responding to a wide array of calls for service and vehicular accidents. The Uniform Support Division is also headed by a Major and includes specialized units which support the patrol divisions. 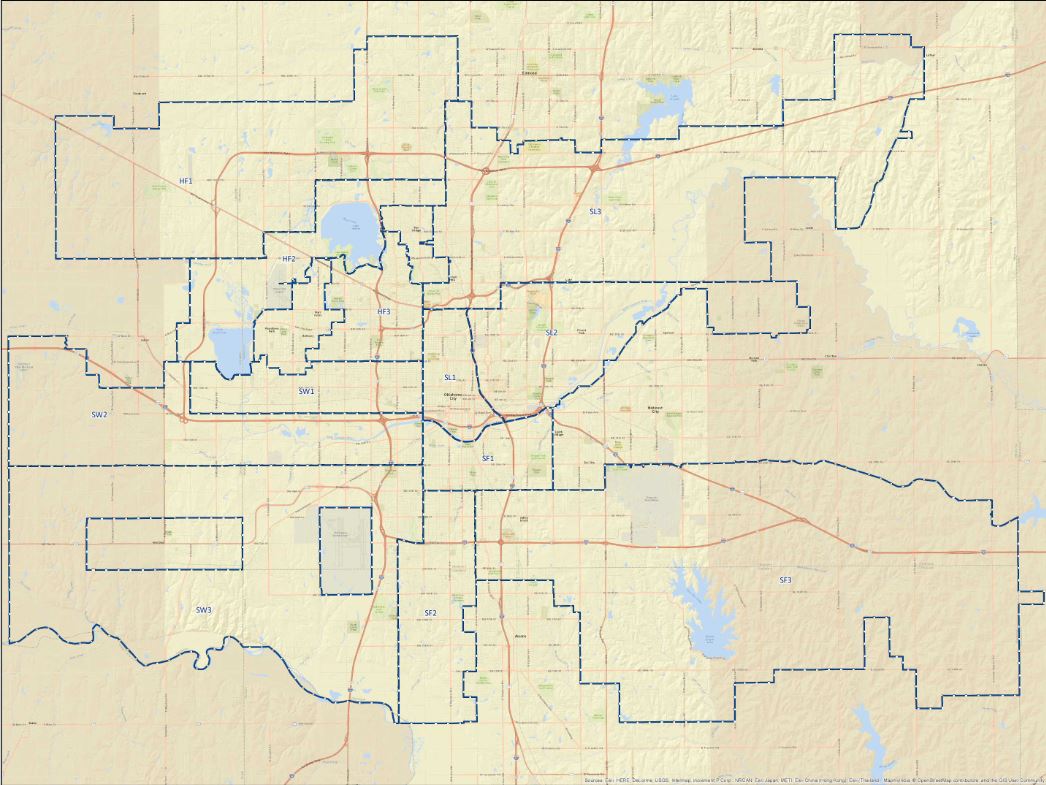