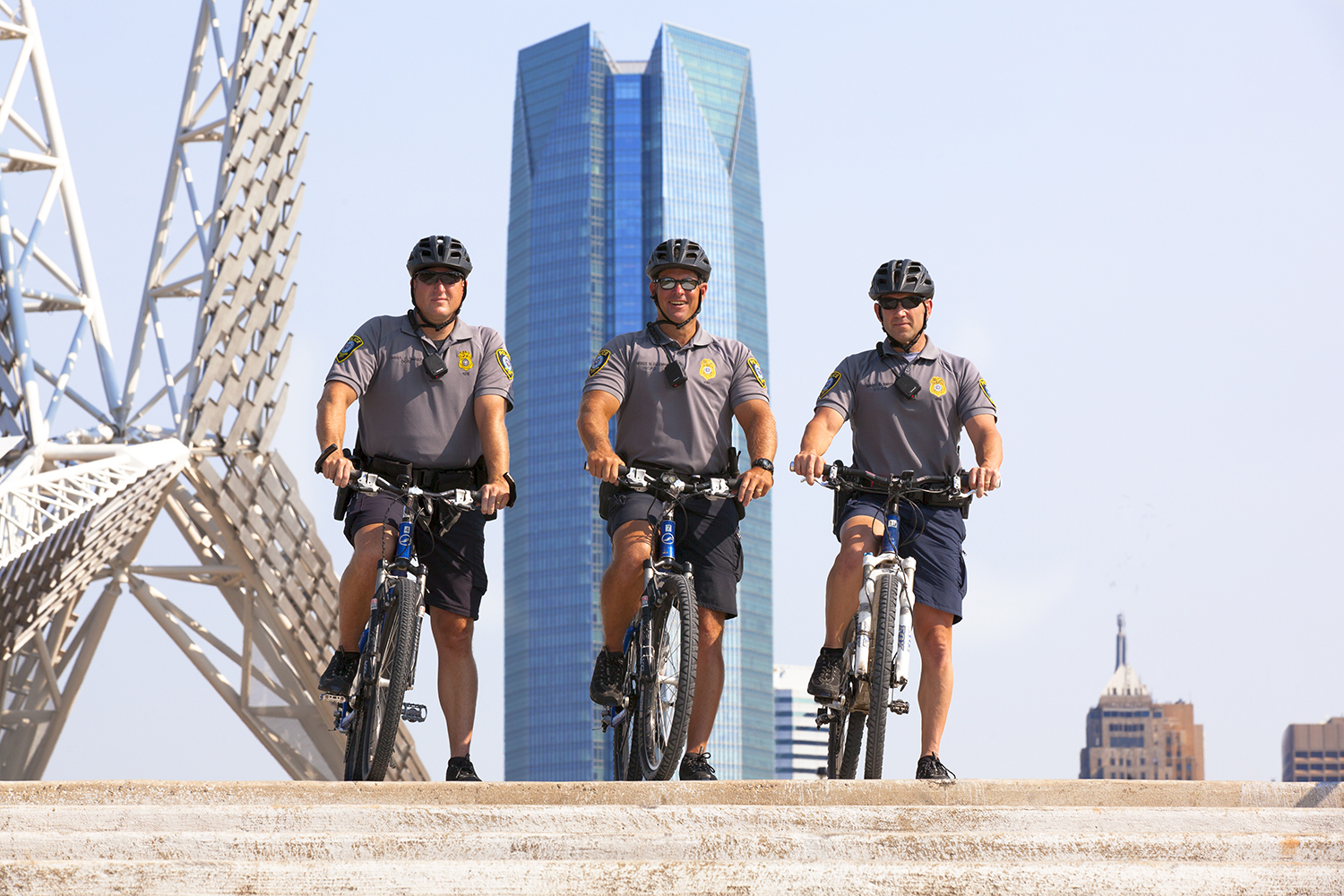 The purpose of the Bricktown Bicycle/Beat Patrol Unit is to provide police protection in the area of Oklahoma City designated as Bricktown and the Downtown Business District. The Bricktown Bicycle Unit will strive to maintain positive community relationships throughout the Bricktown community.  This type of patrol will give the citizens in the Bricktown area the constant approachable feeling of police to community contact. The Unit accomplishes this goal by riding the Police mountain bicycle whenever possible.

In 1990, the Oklahoma City Police Department established a full-time bicycle unit to be used in high crime areas identified by each uniform division. The unit was to be used to target specific crimes in designated areas. More importantly however, the unit was designed to promote a positive relationship with the community, as the officers would be more accessible than conventional patrol officers.

In 1998, the Bicycle Unit was moved from the command of the Operations Administration to the Uniform Support Division. The unit was assigned to patrol the Bricktown area on a full time basis. In 2008, four additional positions were added to the Bricktown Bike Patrol Unit. These four positions specifically focus on high police visibility and quality of life issues within the Central Business District of Oklahoma City.