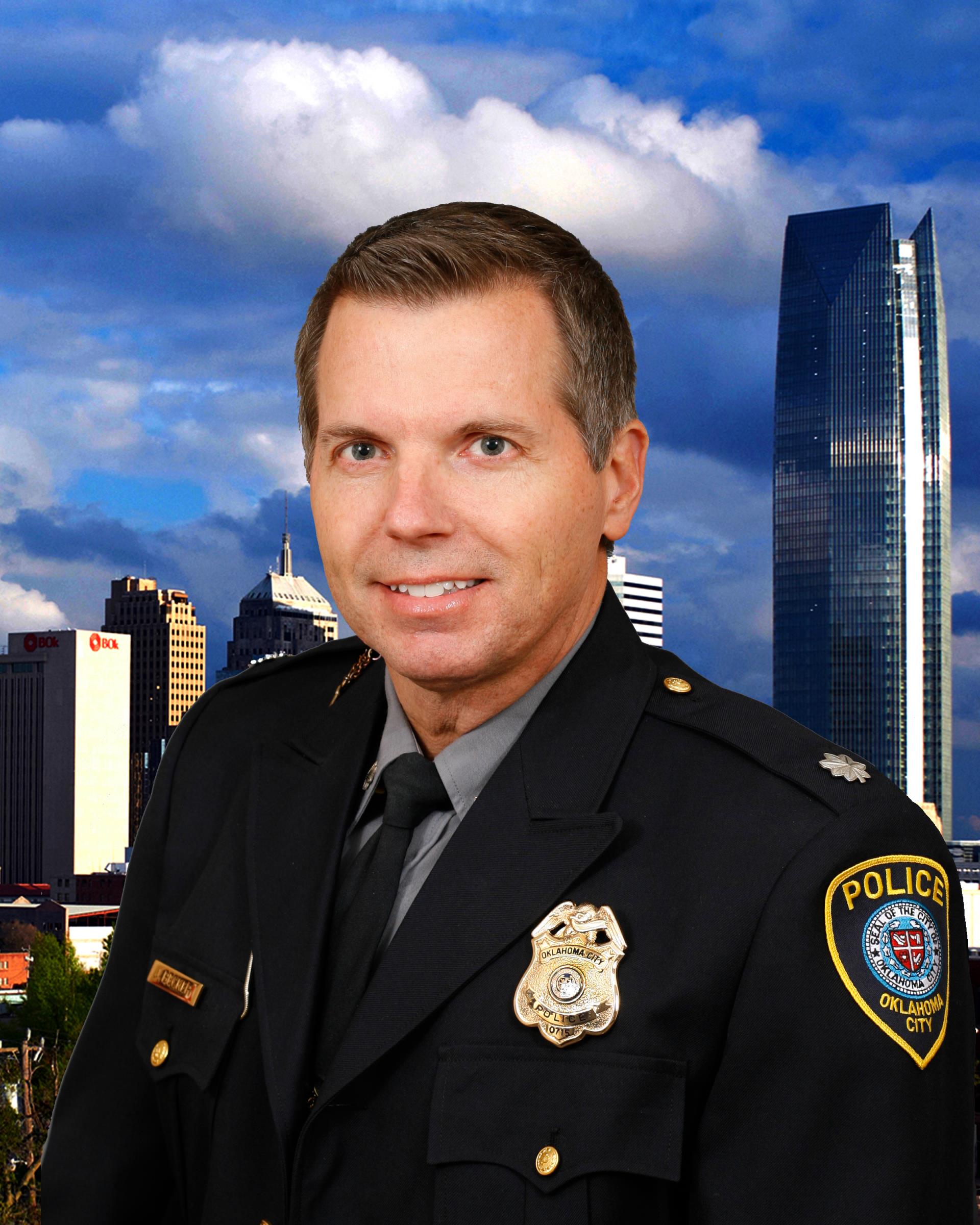 Deputy Chief Jeff Becker served as Oklahoma City’s 49th Chief of Police on an interim basis prior to the appointment of Police Chief Gourley.

Chief Becker has served with the Oklahoma City Police Department since April, 1988. In addition to serving in one of his favorite assignments as a Patrol Officer and Field Training Officer, he’s worked in a variety of assignments across the department. He’s enjoyed working his way through the ranks with personnel at supervisory assignments to include the Oklahoma City Jail, the Oklahoma County Jail, the Crime Scene Unit, the Office of Media Relations, Sex Crimes, Domestic Violence, Crimes Against Children, Offender Registration, Training and Recruiting, and field assignments at the ranks of Lieutenant, Captain, and Major. As Deputy Chief, he’s been bureau commander over all three bureaus of the department and currently oversees the Investigations Bureau.

Chief Becker has a Master of Public Administration degree from the University of Central Oklahoma. He is a graduate of the FBI National Academy and the Police Executive Research Forum’s Senior Management Institute for Police.  He’s completed the Anti-Defamation League Advanced Training School in Extremist and Terrorist Threats.  He is affiliated with numerous professional organizations such as the International Association of Chiefs of Police, Major Cities Chiefs, and the Oklahoma Association of Chiefs of Police.

Chief Becker is engaged in the collaborative development of effective criminal justice reforms to positively impact public safety in our community.  These include developing smart on crime diversion options for those experiencing mental health crisis or substance abuse challenges.

He currently works with the incredibly dedicated stakeholders at the Palomar Family Justice Center (https://palomarokc.org/) to provide protection, hope and healing to our community, the CARE Center (https://carecenter-okc.org/) to end child abuse in Oklahoma County, and YWCA OKC (https://www.ywcaokc.org/) to provide emergency crisis intervention services for victims of domestic violence, sexual assault, and stalking.  He previously likewise worked with OKC Metro Alliance (http://okcmetroalliance.com/) to assist those in our community who want to recover from substance abuse by providing long-term residential work recovery programs and their operation of the public inebriate alternative.  Having the opportunity to work with these diverse groups has shown him the heart and compassion of our Oklahoma City community.

Some of Deputy Chief Jennings’ career accomplishments include serving as a member of the Oklahoma City Police Department Honor Guard for 20 years, recipient of the Medal of Valor and S.R. Bryant Community Service Award, volunteering for Special Olympics, and is active with the Police Athletic League. 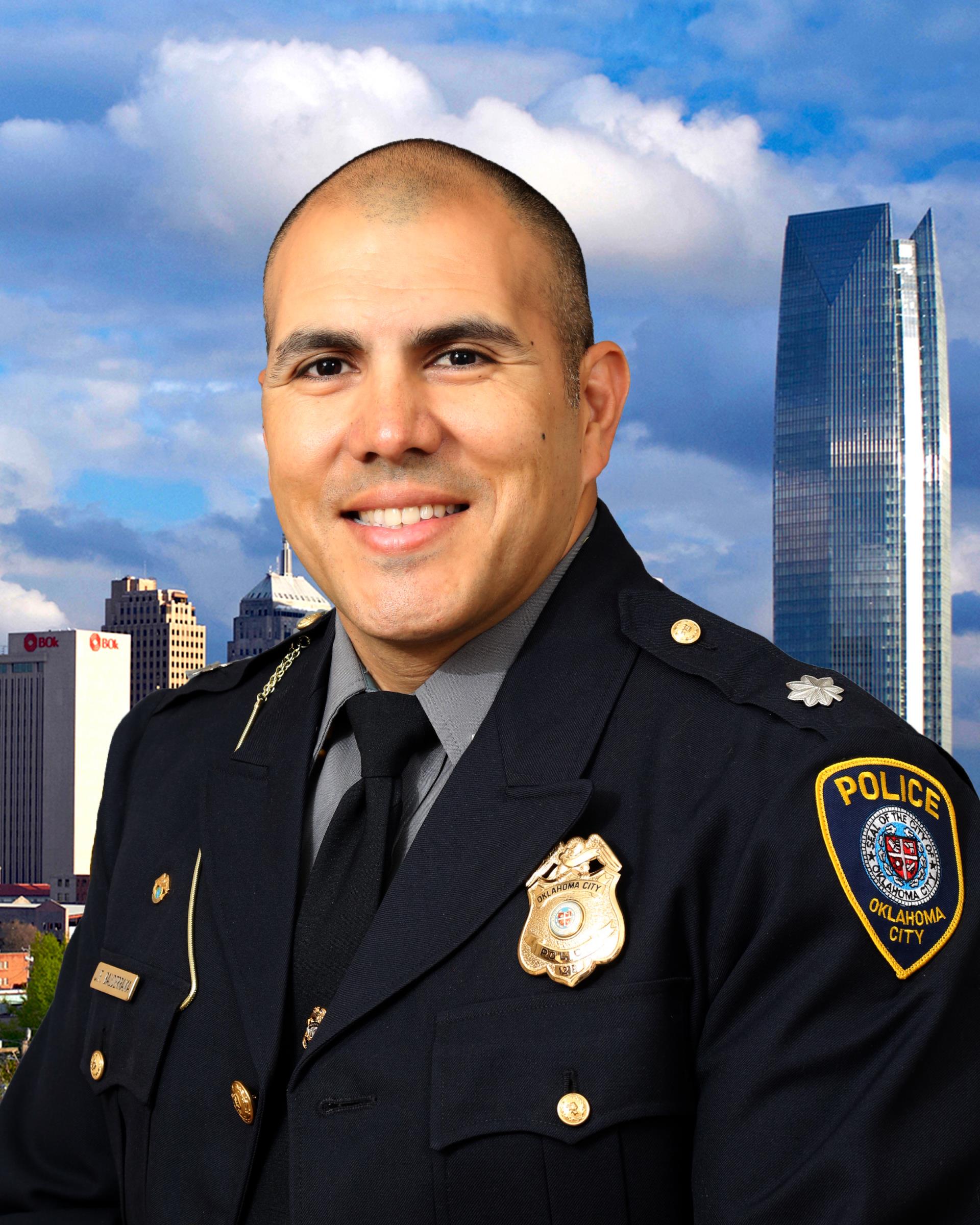 Deputy Chief Paco Balderrama is a 21-year veteran of the Oklahoma City Police Department. During his career he has held various assignments including patrol officer, field training officer (FTO), IMPACT officer, D.A.R.E. Instructor, and Public Information Officer.  Chief Balderrama was also a member of the Oklahoma City Police Tactical Team for 3 years, and taught self-defense and Spanish to recruits in the Police Academy.

As a first-line supervisor Chief Balderrama was assigned to the Bricktown Bike Patrol, the Truancy Unit, the FACT Gang Prevention Program, and the Bilingual Unit.  As a captain he was Commander over Investigations – Property Crimes, the OCPD Cadet Program, CHAPPs, the OCPD Honor Guard and the Office of Media Relations.

Some of his career accomplishments include the implementation of the LeadsOnline Pawn Database, the creation of the Crime Stoppers and Social Media Manager position, and the development of the OCPD Cadet Program.

Chief Balderrama has a Master degree in Criminal Justice Administration from the University of Central Oklahoma and is a graduate of the #269th Session of the FBI National Academy, which he attended in 2017.

Chief Balderrama’s involvement in the community include serving as a past board member of the Latino Community Development Agency, the Wes Welker Foundation and the Oklahoma Police and Fire Athletic Association.  Paco is a graduate of Leadership Oklahoma City’s LOYAL Class IX and SALLT Class III.  He is a current board member of The Foundation for Oklahoma City Public Schools, the University of Central Oklahoma Criminal Justice Program Advisory Board, the Potts Family Foundation and Good Shepard Clinic. 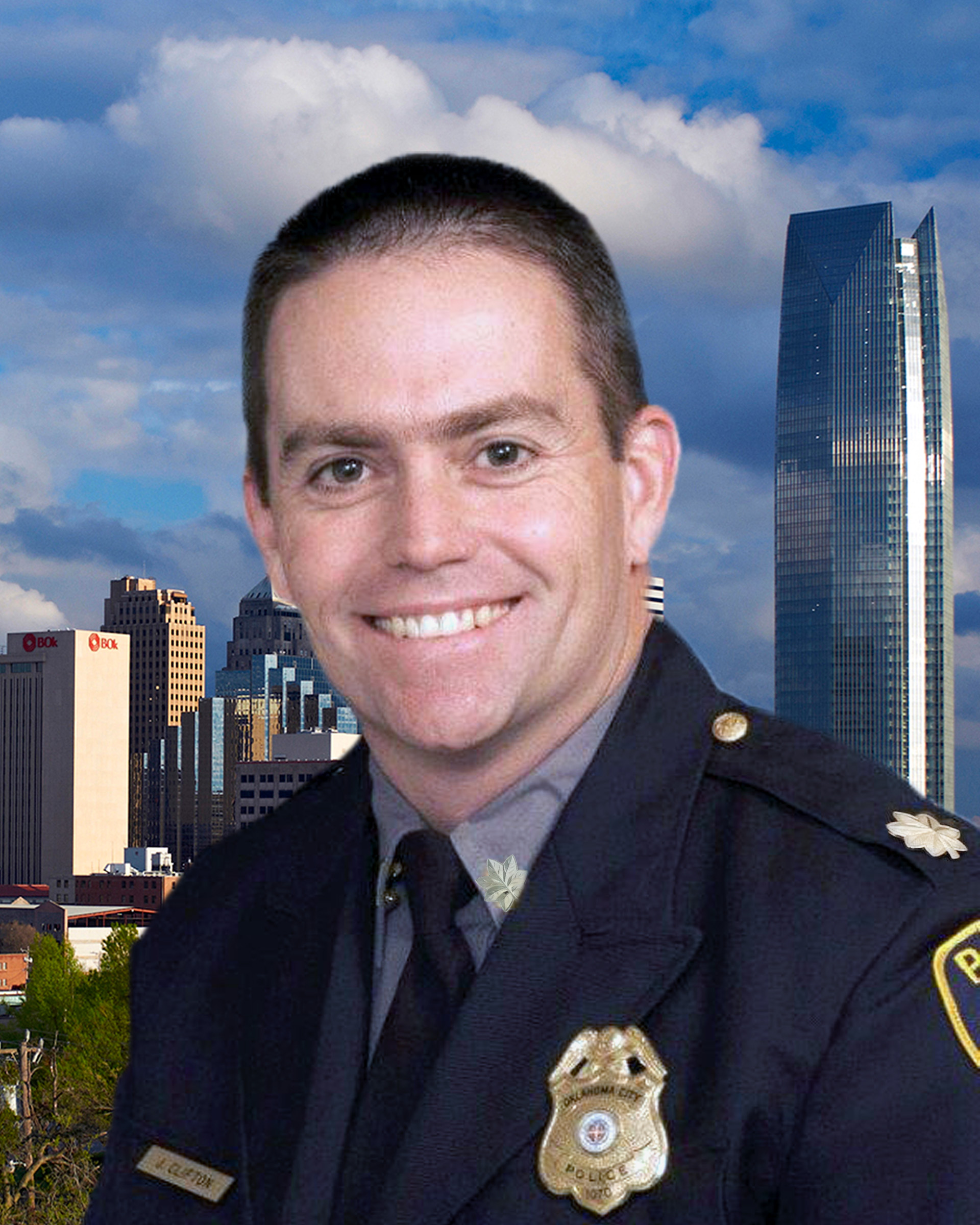 Deputy Chief Clifton has served with the Oklahoma City Police Department since January 1994. He began his career as a patrol officer assigned to both the Hefner and Southwest Divisions, where he served as a Field Training Officer. Clifton also served on the U.S. Marshals Fugitive Task Force before transferring to the Investigations Bureau, where he worked in both Sex Crimes and Assaults. Clifton has enjoyed working his way through the ranks and has extensive experience throughout the department with supervisory assignments in Operations, Administration and Investigations.

Clifton has a master’s degree in management from Southern Nazarene University and a bachelor’s degree from the University of Louisiana at Monroe. He is a graduate of the Senior Management Institute for Police as well as the FBI National Academy, and is a member of numerous professional organizations.

Clifton has made significant changes to the department’s focus on victims and their families through work with the YWCA-OKC, the Child Abuse Response and Evaluation Center and the Oklahoma Coalition Against Domestic Violence and Sexual Assault.

As the Administration Bureau Chief, Clifton believes his strong internal and external relationships will help to continue his work for the department in further creating greater efficiencies and continued development of best practices in training and procedural guidelines. He believes healthy well-trained officers and informed residents are vital components to the department’s success.