Gourley has been involved in some of the most notable evolutions in the modern Police Department: de-escalation training, new approaches to problem crime areas, improving the work environment for officers, developing leaders and community outreach. 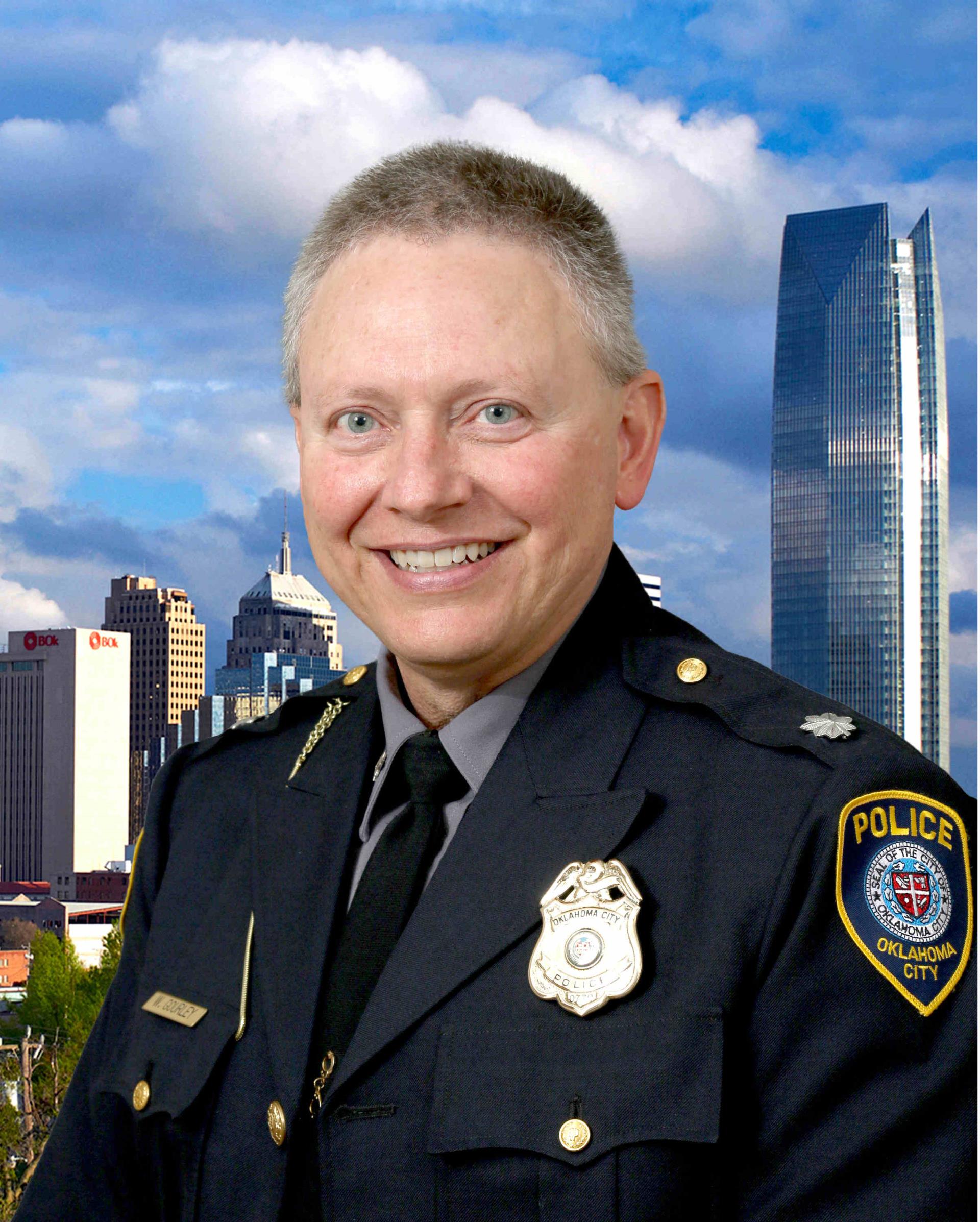 Gourley started his career as a police officer in Chickasha before joining the department in Oklahoma City.

He spent the early part of his career on patrol and as a field training officer, moving around the department as he earned promotions to work in Investigations, Administration, Emergency Services and the Uniform Support Division, and as a crisis negotiator, the Tactical Team commander and the Director of Training. He also developed the Leadership, Ethics and Accountability Development (LEAD) program.

In the City’s annual resident survey, the Police Department and other public safety services are routinely among the highest-rated City services. Those ratings are due in part to the scenario-based training, support for officers and public outreach developed by Gourley, former Police Chief Bill Citty and the rest of the Police Department leadership under the guidance of the City Council.

Gourley has a Bachelor of Arts degree in police administration from the University of Oklahoma. Other significant training includes the Anti-Defamation League Advanced Training School in Extremist and Terrorist Threats, FBI Executive Leadership Institute, Senior Management Institute for Police and the FBI Crisis Negotiations Course. He’s a member of several law enforcement groups and local organizations, including serving as a board member for the American Red Cross of Central & Southwest Oklahoma.

Gourley is a lifelong Oklahoma resident with roots in Ardmore, living in south Oklahoma City for most of his career. Gourley and his wife, Tracy, have two children, Brandon and Alyson.