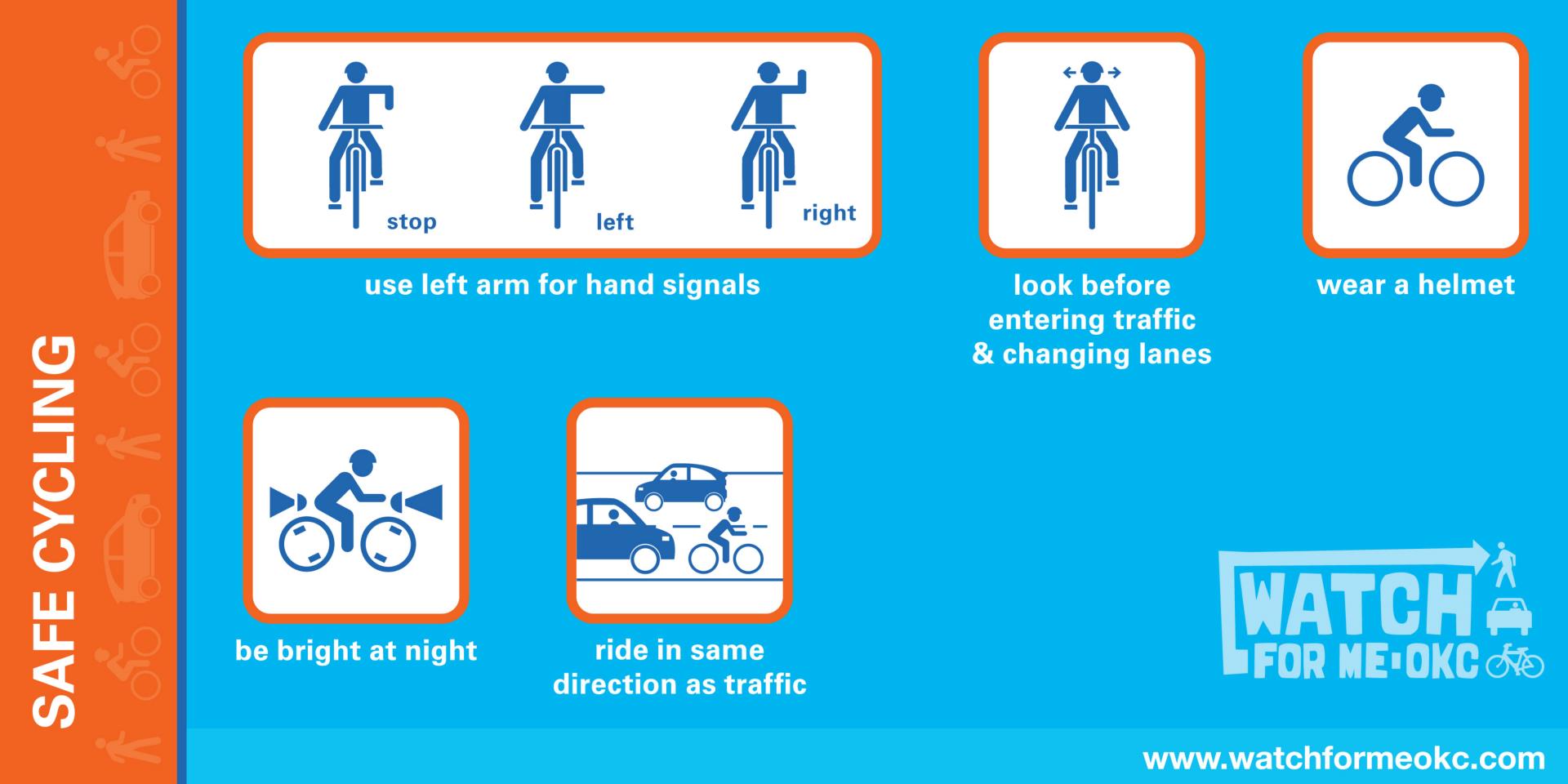 1. Cyclists and their bicycles are subject to the same traffic laws as drivers and their vehicles.

2. Cyclists must ride in the same direction as traffic.

3. Cyclists must ride as close to the right-hand side of the roadway as is safely possible. An exception is when using a road designated and marked as a bicycle route, where cyclists can use the entire right-most lane.

4. Cyclists can pass other cyclists and vehicles traveling in the same direction when safe to do so.